Pensions may still be the best place for savings even though individuals have reached their lifetime allowance (LTA).

LTA maxed out nearly? no problem. In contemplation of a happy retirement.

And yet this appears to be a watershed for many. Pension funding is possibly being switched off due to approaching or reaching the LTA without a thought. But such drastic steps should only be taken if there is a better financial alternative.

Of course, contributions made by those with enhanced or fixed protection would result in forfeiture, and so these clients would need more careful attention of the pros and cons before re-starting any funding.

But for everyone else rapidly approaching the £1 million – should they ‘limit’ themselves or make ‘allowance’ for more funding?

Let’s look at busting five common myths that may be contributing to the perception that continued funding above the LTA is always ‘bad’.

Myth # 1 – Contributions must stop when you reach the LTA.

The key word is ‘allowance’. It is not a ‘limit’ to funding as some seem to think.

There’s nothing to prevent individuals from continuing to pay in – they still have an annual allowance available (£40,000 if not reduced by the tapering for high earners), allowing them (or their employer) to make contributions and get tax relief at their highest marginal rates. The LTA is not a barrier to pension saving or the growth on the investment, it’s the point where you have to look at what the likely tax treatment of this additional fund will ultimately mean. In this way it is no different to any other allowance such as the personal income tax allowance, annual capital gains tax allowance or the new dividend allowance – once breached, tax will be applied.

Of equal importance for all employees, if funding is stopped, there may be no alternative form of remuneration on offer to replace the employer pension contribution. This can considerably strengthen the argument to carry on funding.

Remember where an employer does offer alternative remuneration this will be fully taxable and the amount available to invest will have suffered income tax and NI.

Myth # 2 – There is a tax charge to pay as soon as the LTA is reached.

When individuals hit the LTA with their fund… nothing happens. There’s no immediate penalty, the pensions police do not coming knocking at the door. Your client just has a fund greater than the amount the allowance protects. The tax charge is only incurred when benefits are crystallised, such as when the fund is designated for drawdown.

Myth # 3 – The LTA tax charge is applied when you start to take benefits.

So by phasing retirement, only crystallising enough funds as are needed each year, means that the timing of the LTA charge can be managed, at least up to the age of 75 (at which point uncrystallised funds will be tested along with any investment growth on crystallised funds). When are funds over the allowance are going to be accessed – will that be during their own lifetime or after their death? These considerations will help to predict the potential tax charge on excess funds.

The charge is often expressed as 55%, but that is only payable if the whole of the chargeable amount is taken as a lump sum. If the individual moves it to their drawdown pot only 25% will be deducted (remember there is no tax free cash element). This would be beneficial if the income tax then applied when withdrawing an income is less than 40%, which will be the case for many clients in retirement who are able to control the level of their taxable income from effective management of tax allowances.

Will it even be the client that’ll be drawing the money? Because…

Myth # 5 – On death, there will be another LTA test on funds in drawdown

There is no 2nd LTA test on death for crystallised funds. So if the client dies before age 75 their beneficiaries will be able to inherit the pot without any further lifetime allowance charges. And of course, income they take will be tax free – so the only charge incurred was the 25% LTA charge when it was originally put into drawdown.

If the client dies after age 75 then the beneficiaries would pay income tax at their own rates on amounts drawn. So depending on their other income, this could potentially be only subject to basic rate tax, or even covered by their own personal allowance.

Bearing in mind these points, when might it make sense for your clients to continue paying into their pensions above the LTA? One key factor will be whether your client is in a workplace pension and whether there is any alternative remuneration/reward being offered.

Another key factor will be whether your client can get higher tax relief on contributions paid in than will be deducted when benefits (retirement income/death benefits) are paid out. If the contribution all gets 40% relief going in, but coming out is subject to the 25% LTA charge and then basic rate tax only, then the return is the same as if it had gone into an ISA. And given that headline tax rates are only part of the story, with effective tax rates taking the overall percentage lower, the actual cost of withdrawing the money could be a lot lower.

A pension income for the member is only part of the story. Funds within a pension also benefit from the fact that:

Ultimately, having a fund approaching the lifetime allowance doesn’t mean that pension saving has to cease. A considered approach can show that there may still be reasons to continue funding depending on the client’s circumstances. And remember from April 2018 the LTA will become inflation linked so it won’t remain £1M forever.

The Retirement Options bible is an important read for anyone planning for their retirement. It explains the different types of retirement options available in the UK.

Whenever we deal with a client concerning retirement planning, one of the first things we do is hand them a copy of our Retirement Options bible. This is a completely factual guide to the different types of retirement options available in the UK and how they work.

It’s not a sales aid – far from it! Written by compliance people, it might be considered a tad dull, but nevertheless it is a useful text for those who are beginning to think about retiring and how to utilise their pensions.

We’re happy to send interested parties a copy for free. Just call us on 0345 013 6525 or email enquiries@dfmadvice.co.uk  giving your name address and telephone number and we’ll email you a copy. All we ask in return is that you allow us a follow-up telephone call to chat about your plans and offer our services (and the first meeting is free and no-commitment required anyway).

The Retirement Options guide outlines the different options available to you from your pension funds when you retire. It also provides useful information about the state pension and the benefits available from workplace pensions your employer may have provided for you.

You may be aware that there have been a number of changes over the last year.  This will affect the way in which you will be able to take your pension benefits. Please read the guide carefully as you consider the options now available to you. 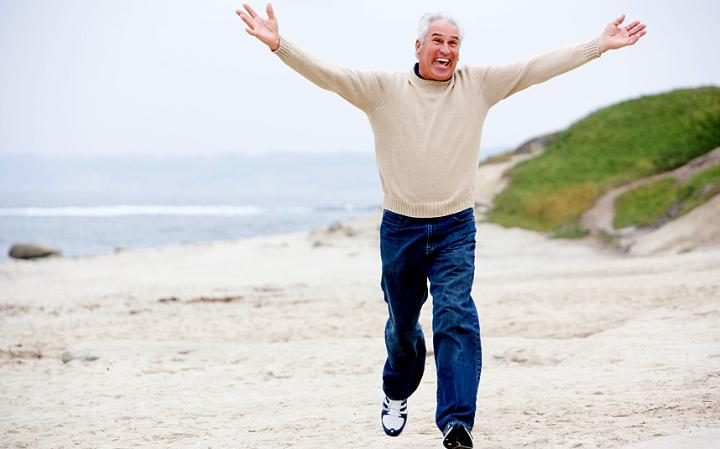 Following the EU referendum result the fund has seen an increase in outflows. In order to protect the interests of all investors, Standard Life has decided to suspend the fund. The suspension will cease as soon as practicable. Standard Life will review the suspension at least every 28 days.

Policyholders will be notified and further updates will follow.

Aviva has been experiencing higher than usual requests to sell units in the fund.  In order to protect the interests of all investors, Aviva has suspended the fund until further notice.

Policyholders will be notified and further updates will follow.