OK so there wasn’t anything that really made the eyes roll this time around, but there were some pleasant confirmations and a relaxation on ISA inheritance: (see also separate blog “The Chancellor’s Autumn Statement – the Taxy bits” for the more routine stuff)… 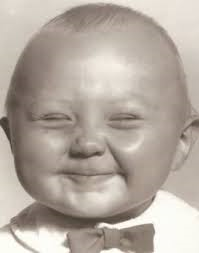 Daddy has a really nice pension!

These changes will  have an increasing influence on the direction of estate planning, as their repercussions become more widely accepted.

On death before age 75, any death benefit will be paid tax free provided it is within the Lifetime Allowance (LTA). Thus there is no longer a distinction between “crystallised” and uncrystallised” pots for pre-75 death benefits.

On death at 75 and later, the remaining fund forms death benefits which are taxable on the recipient at his / her income tax rate, when they draw the funds.

Any individual beneficiary of a flexible pension can choose to keep their inherited pension pot in the drawdown wrapper and decide when (or if) they draw down on it. Inheritable Pensions! This IMHO puts pensions at the forefront of inheritance planning going forward.

Previously, upon death of a married account holder, their  ISA money would no longer carry ISA status in the hands of the inheriting spouse / civil partner. It now does, so the surviving spouse has the benefit of continuance of that tax-free savings wrapper . This only applies to spouses (spice?) or civil partners however, other beneficiaries will receive the money without ISA status.

Whilst inheriting ISA funds from your spouse is free of inheritance tax (because of the spouse exemption) it is still going to be taxable as part of the estate on second death. So there can be instances where individuals (who are near to or already over age 55) can find it to their advantage to use a personal pension contract to receive their ISA funds:

This idea has been dropped (sigh of relief there). The idea of just a single IHT nil rate band for lifetime settlements, i.e. allowing only £325,000 to be gifted in one’s lifetime and allocated across all relevant property trusts they created, has been axed. For the time being at least, the £325k rate will re-set every seven years as before. However there is still likely to be a simplification of periodic and exit IHT tax charges on trusts, to stop people taking advantage of the rule in “Rysaffe” where multiple trusts reduce the overall tax bill.